SINGAPORE (EDGEPROP) - Lucky Pinnacle, an entity of the Ng family-controlled property giant, Far East Organization, has purchased the multi-storey carpark and restaurant unit at People’s Park Complex. According to a property title search, Lucky Pinnacle paid $39.33 million for the property, with a caveat lodged on August 12.

The multi-storey carpark was launched for tender on June 25, which closed on July 29. The guide price indicated by exclusive marketing agent Sammi Lim, founder and executive director of Brilliance Capital, was $42 million then. (See: Why investors may want to park $42 mil at People’s Park Complex)

Based on the $42 million guide price, the carpark space worked out to about $208 psf, while the restaurant (F&B) unit was priced at $1,637 psf. The F&B unit occupies a strata area of 2,809 sq ft on the sixth floor, which is the rooftop of the carpark. According to the indicative price, the F&B unit was tagged at $4.7 million. 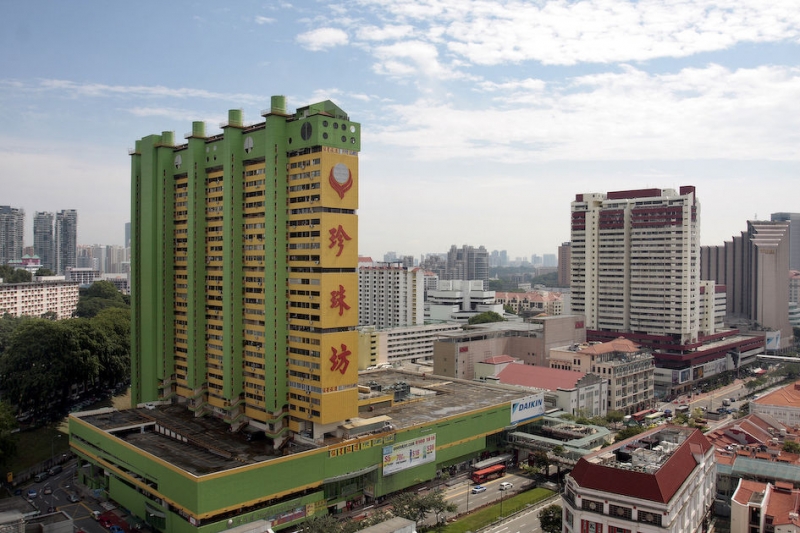 People’s Park Complex is a 31-storey development located at 1 Park Road in prime District 1 of the Core Central Region (CCR). Completed in 1972, it has a six-storey podium block with strata shops occupying the first to fifth floors; and the multi-storey carpark spanning the third to sixth floors, The carpark has 648 parking spaces for cars and another 56 for motorcycles, making it one of the biggest, if not the biggest, multi-storey carpark in the CBD-Chinatown area.

Sitting on top of the six-storey podium block is the main block of 25 storeys with 291 apartments. People’s Park Complex has a 99-year lease dating from 1968. This means it has 46 years left on its lease. Given the lease decay, the strata owners at People’s Park Complex are likely to be motivated to attempt a collective sale in the near future. The carpark space occupies a total strata area of 182,340 sq ft or the equivalent of 26% of the total strata area at People’s Park Complex. This makes Far East Organization’s Lucky Pinnacle, not just a substantial shareholder in terms of strata area, but the one that holds the swing vote in the event of a collective sale.

Owning a piece of People’s Park Complex makes even more sense for Far East Organization if one were to look beyond the carpark. The 31-storey, mixed-use development sits right in front of the Chinatown MRT station, which is now an interchange for the Northeast and Downtown Lines.

Hello, my name is Eunice Chew, a real estate consultant at Huttons Asia Pte Ltd with years of experience. My areas of expertise include condominiums, HDB, landed properties as well as commercial and office space. I understand that each of my clients has different needs and requirements and I treat everyone with the highest degree of service and professionalism. My only purpose is to deliver successful results!  ... Read More